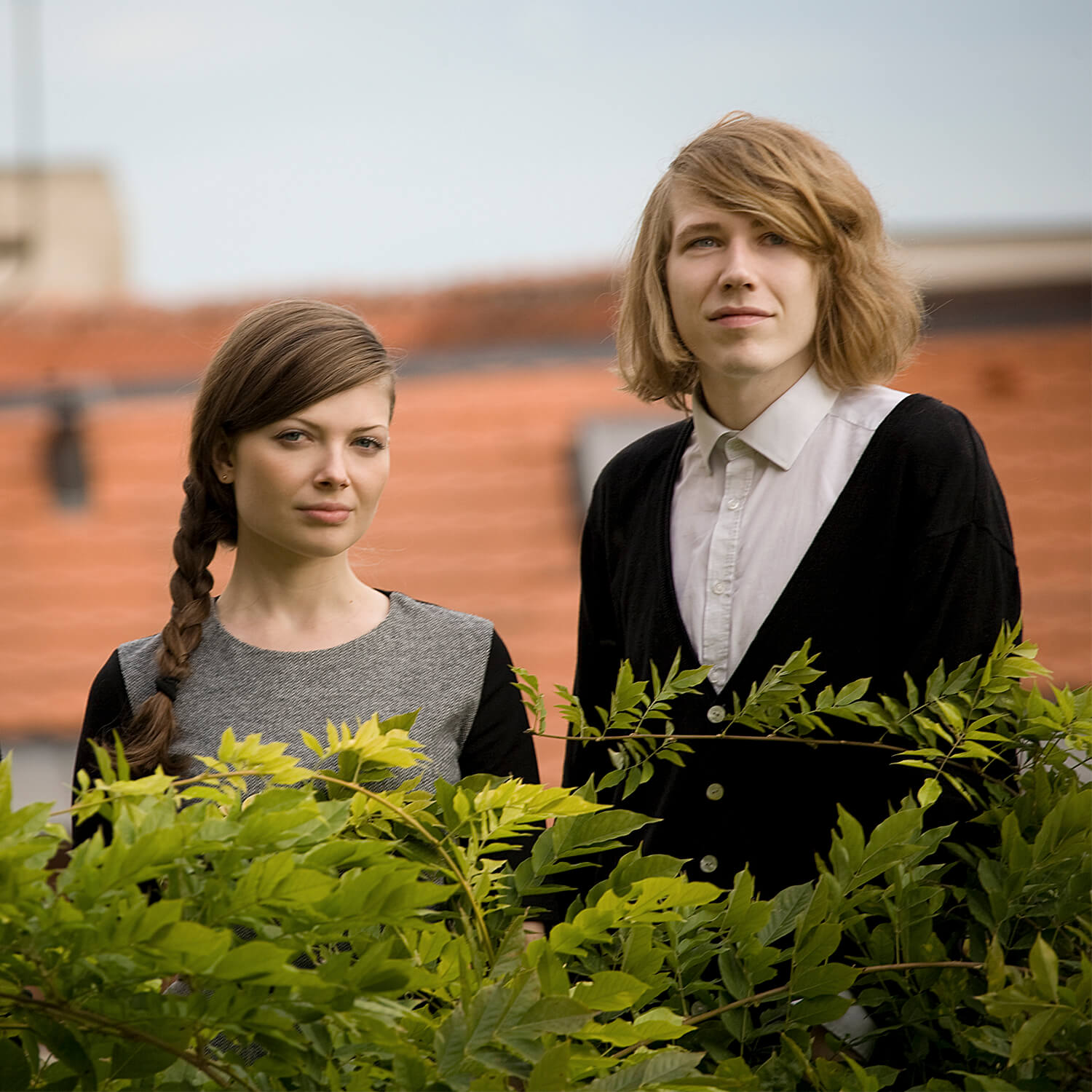 We are Svetlana and Adam Cigler. We founded Vjemy because we have always into product design, even though we both studied architecture. Adam brought to the studio knowledge of joinery and knowledge of 3d software and 3d printers, while I brought a flair for designing objects of applied atrs. Vjemy is a platform where we present both finished products and our projects that have not yet been realized.

Behind each of our creations there are many hours of inventing, trying, testing before we manage to finish the product in its final form. But it doesn’t stop there, in order to distribute the product we have to find a manufacturer first, because we want to design first and foremost and not stand at a pontoon all day. It also involves more hours and hours of work (and of course also money) into packaging design, business cards and catalogues to web and marketing. 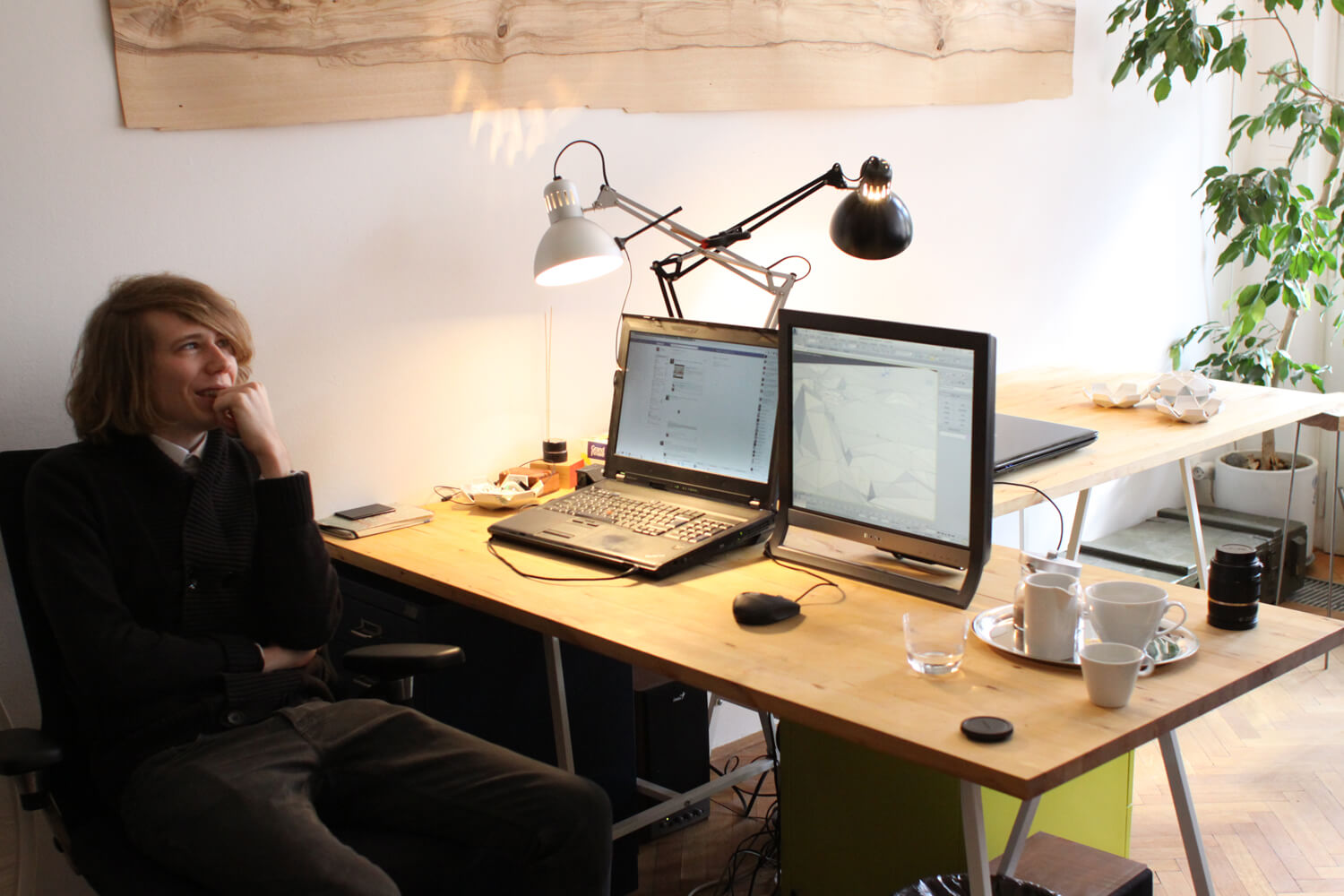 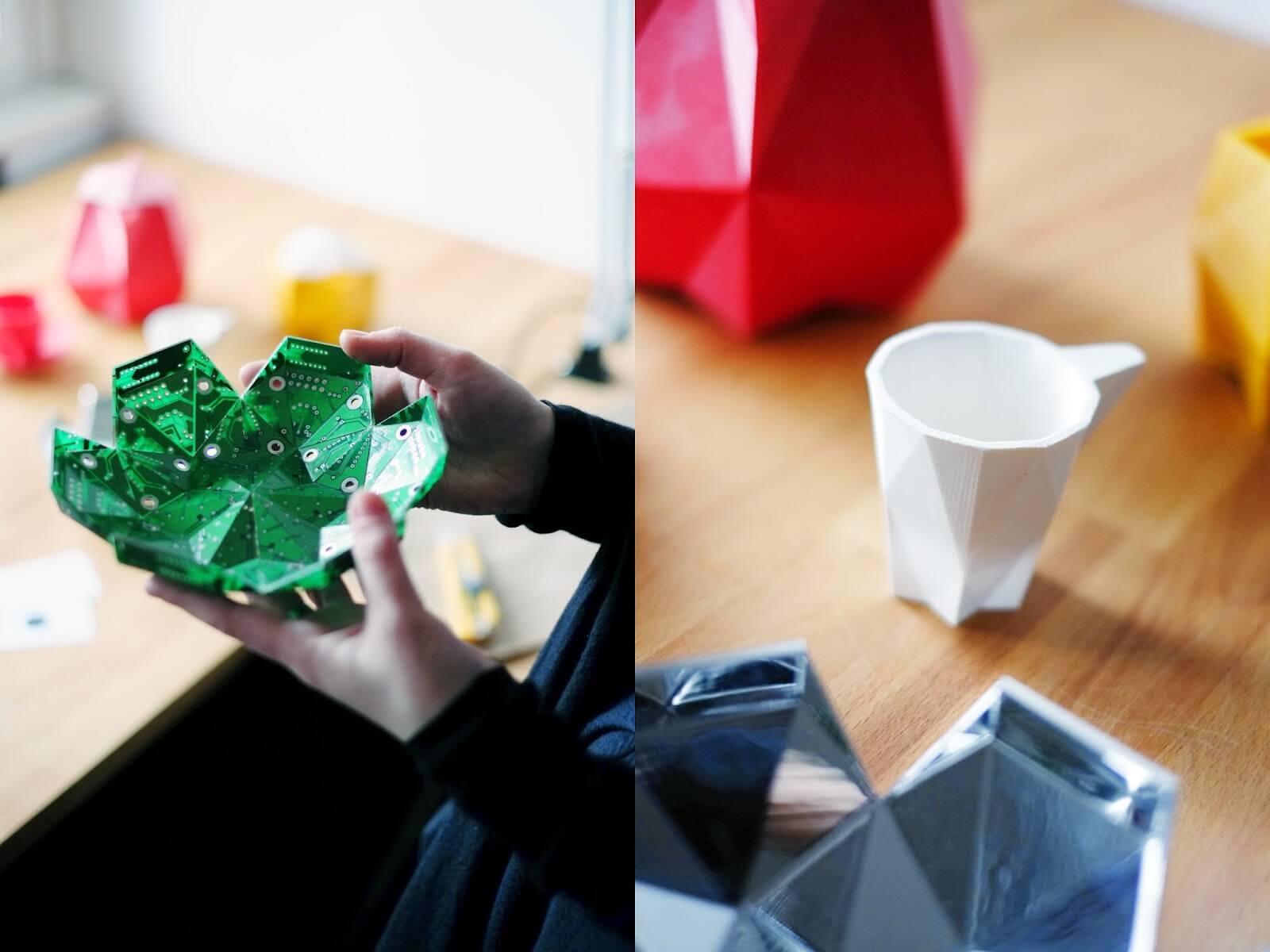 Our most successful collection so far, Lilia, came into the world in 2011 quite unplanned. I got my hands on a large number of discarded computer components and I was intrigued by circuit boards. I had the idea to turn them into decorative objects. And this was done in the bowls, which I named Lilia Arabesque, as they reminded me of Arabic motifs. This project was followed by the NEO lighting project, where the circuit boards for wifi antennas were used as decorative lampshades. This project was presented at Designblok 2011.

But back to porcelain. The shape of the bowl was invented, but since the production of these bowls was very lengthy and laborious, I was looking for another material in which the “lily” shape would stand out. After presenting the first product, the Lilia bowl, I decided that this shape could be developed further and I came up with the idea of designing a complete porcelain collection in the same aesthetic. Each year, several new shapes were added to the geometric porcelain collection, expanding the collection to the current 15 products. In 2021, I was approached by Rebecca Hořánková, for whom I designed the Aniels angel figurine in the same cubist style. 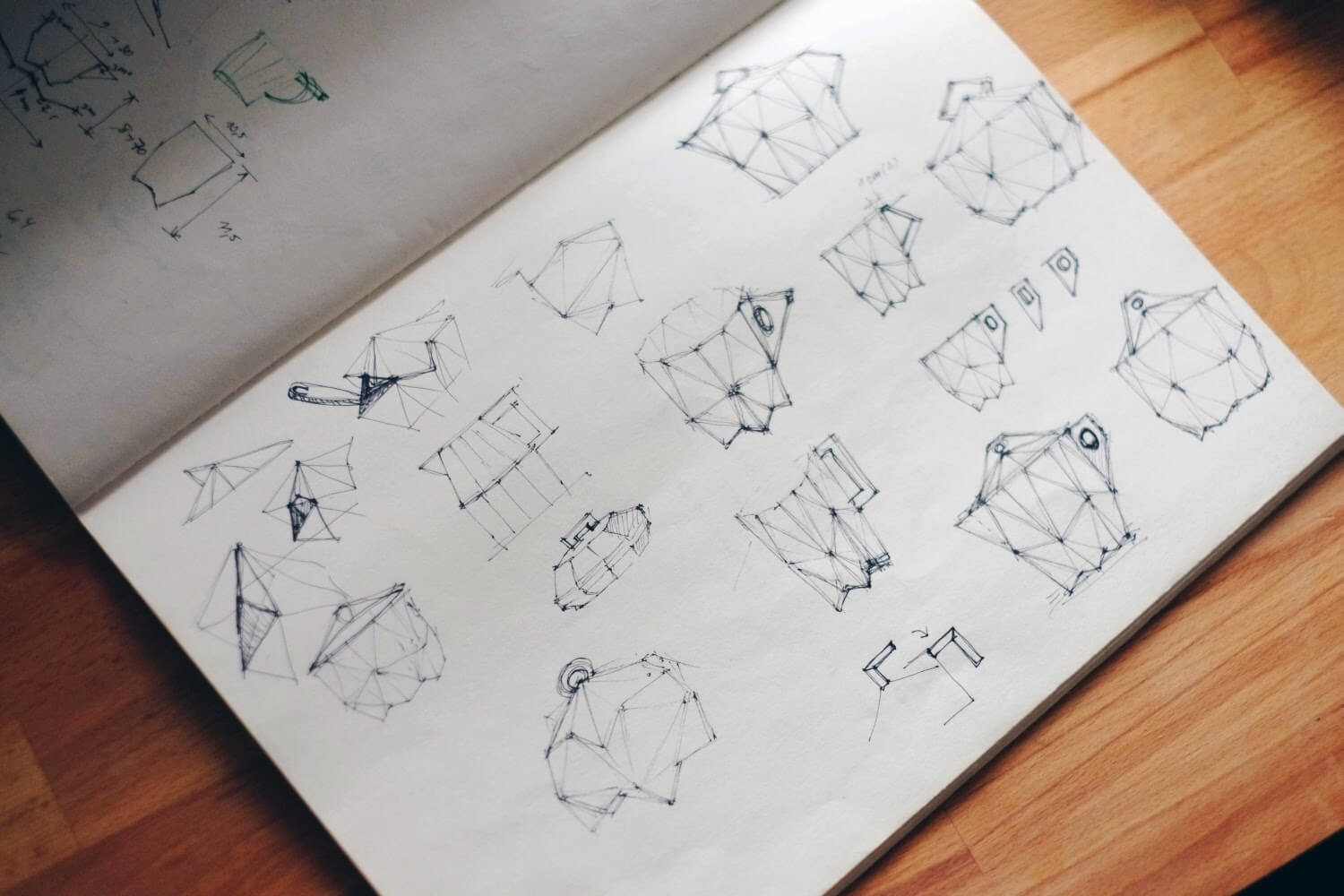 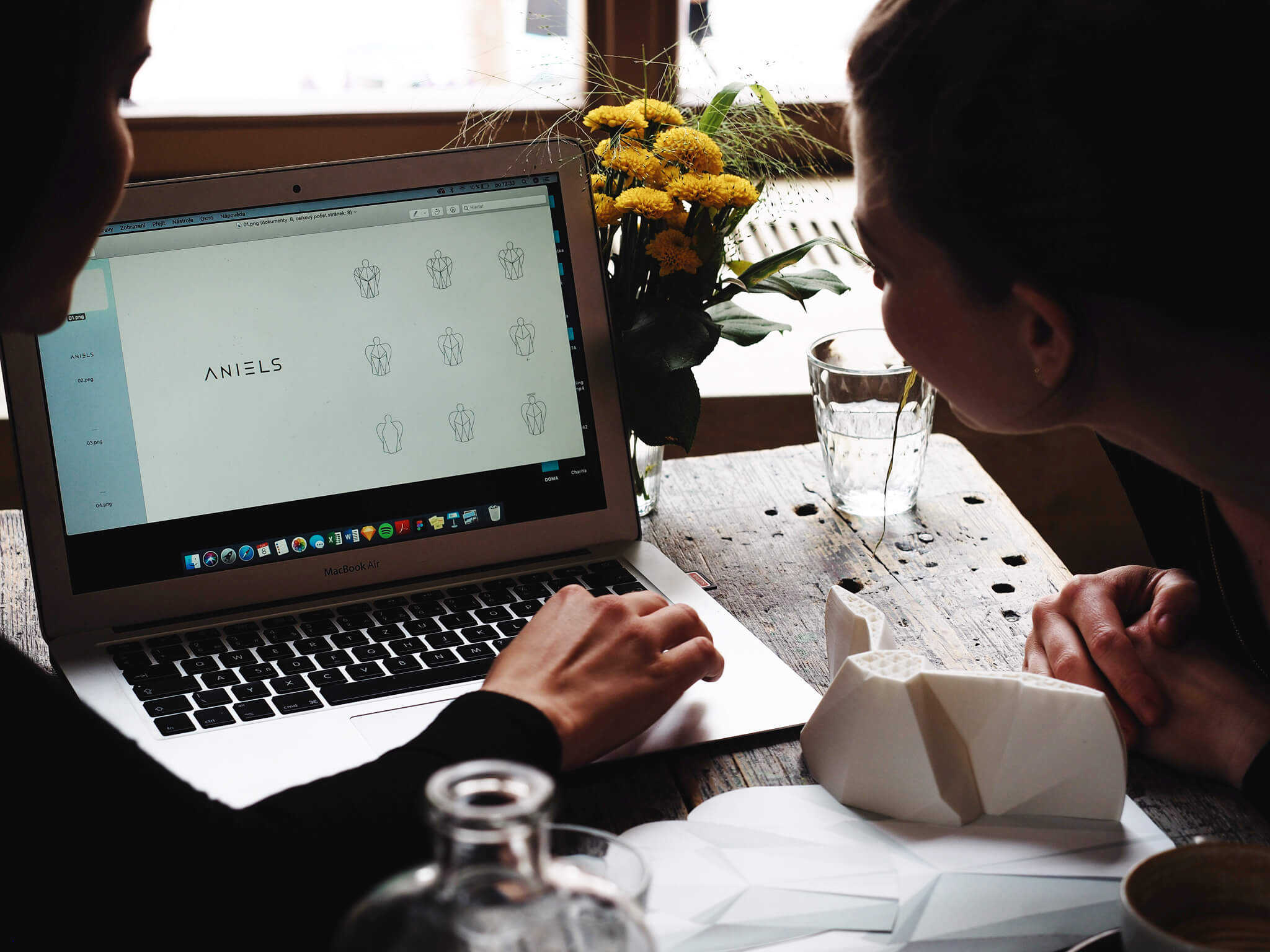 What is interesting about this collection is that you won’t find any comprehensive collection of porcelain tableware based on Cubism. Cubism was a style that became a big phenomenon in Bohemia in the early 20th century, the artists transferred it from art into applied design and architecture, creating unique gems.

The uniqueness of the collection lies in the fact that it not only has distinctive and exquistite shapes, but that technologically it represents a unique know-how. It is handmade by casting into plaster moulds, not die-casting, and even belt production is not an option. In fact, these are shapes that are almost impossible to produce in porcelain, and the fact that it has been done is actually the work of one master who spent hours and hours on it before he figured out how. These products can only be made by hand, and the whole process is extremely demanding in terms of precision and knowing every nuance of every single product. The limited edition Lilia Blackout collection goes even further. After glazing and two firings in the kiln, where some of the porcelain does not pass the quality grading, the porcelain is sprayed with black glaze a second time. It is then fired again in the kiln. Each firing and handling process produces a relatively large percentage of the pieces which have minor flaws but have to be removed from sale. This, too, is then reflected in the price. This is just an aside in case anyone wonders why it costs “so much”. 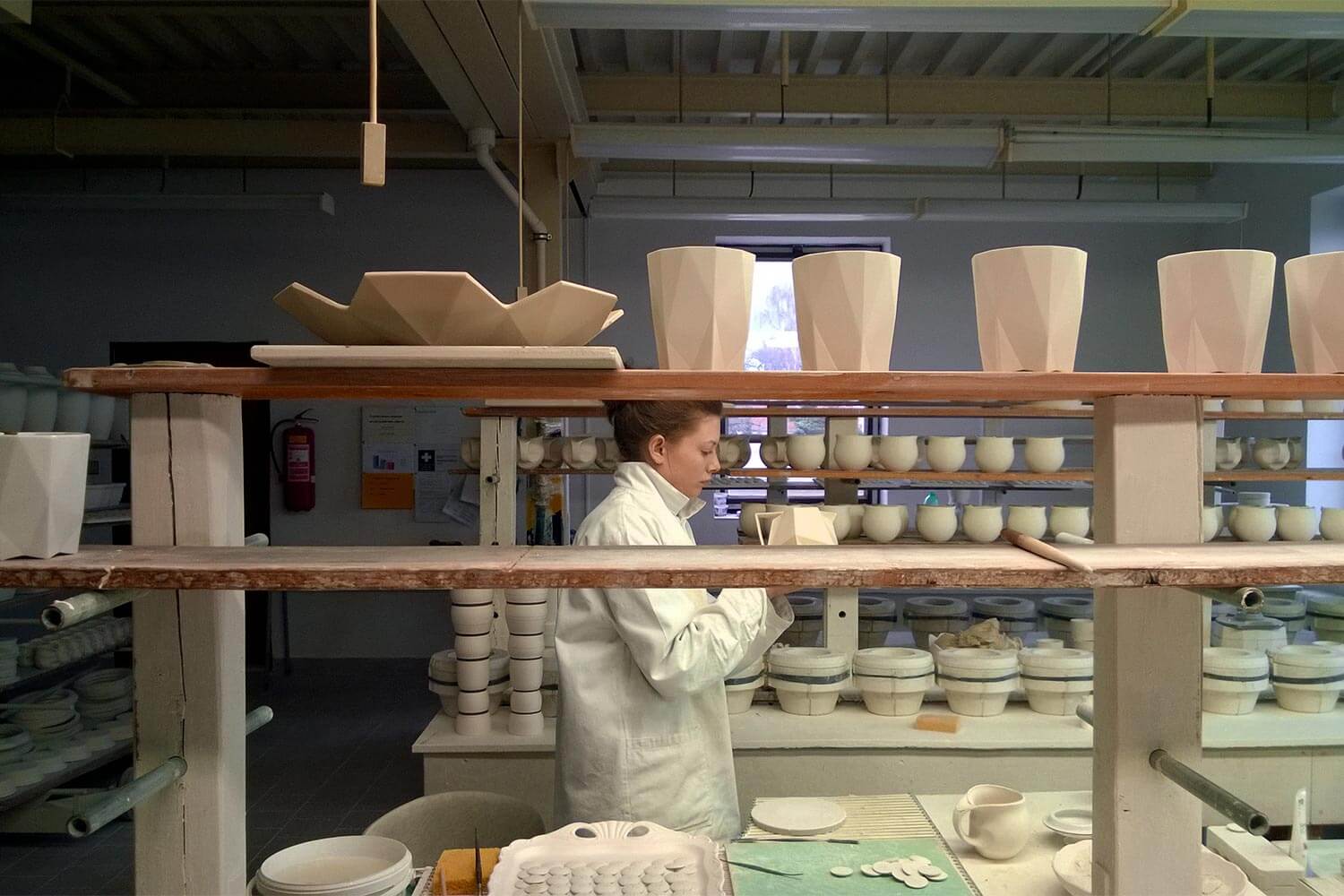 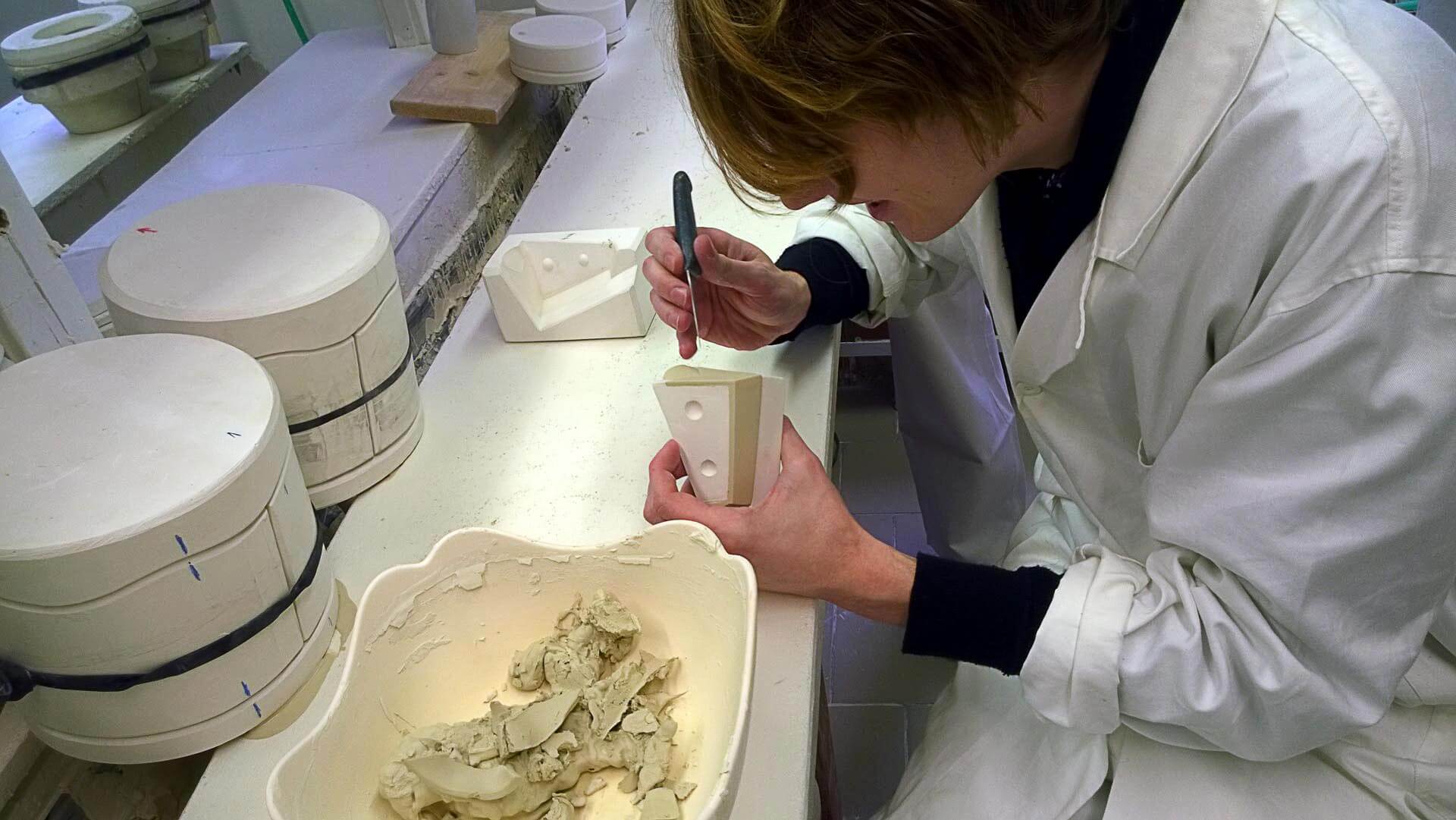 The collection was included in the museum collections of the Academy of Arts, Architecture and Design in Prague and the North Bohemian Museum in Liberec. It was also presented at a solo exhibition at the GASK gallery in Kutná Hora and at the Czech Embassy in Paris. Larger and smaller collections are owned by the Lobkowicz and Kinsky families, Mrs. Adriana Krnáčová, as well as customers from America, Japan, Australia, Russia, Great Britain and the European Union. 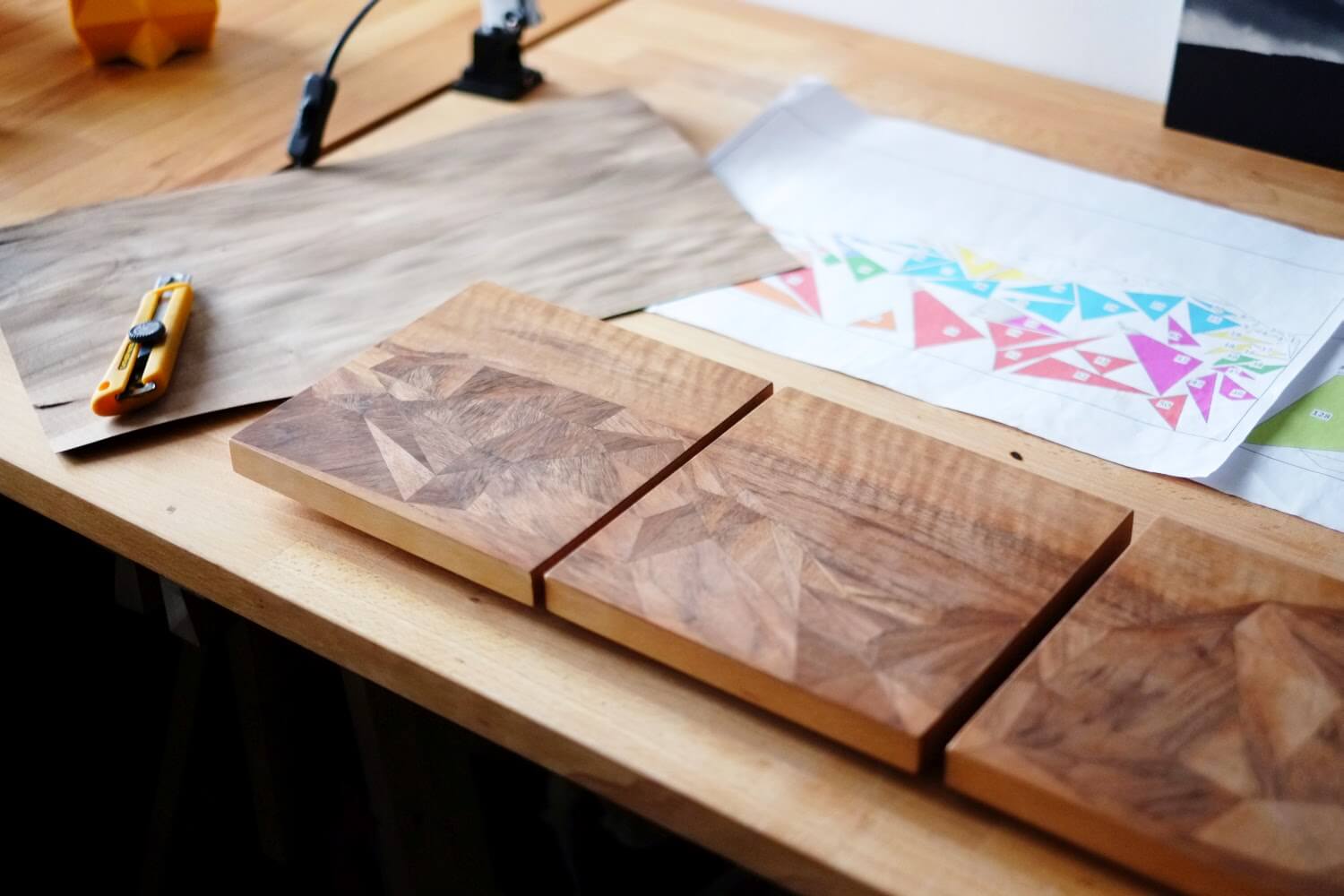 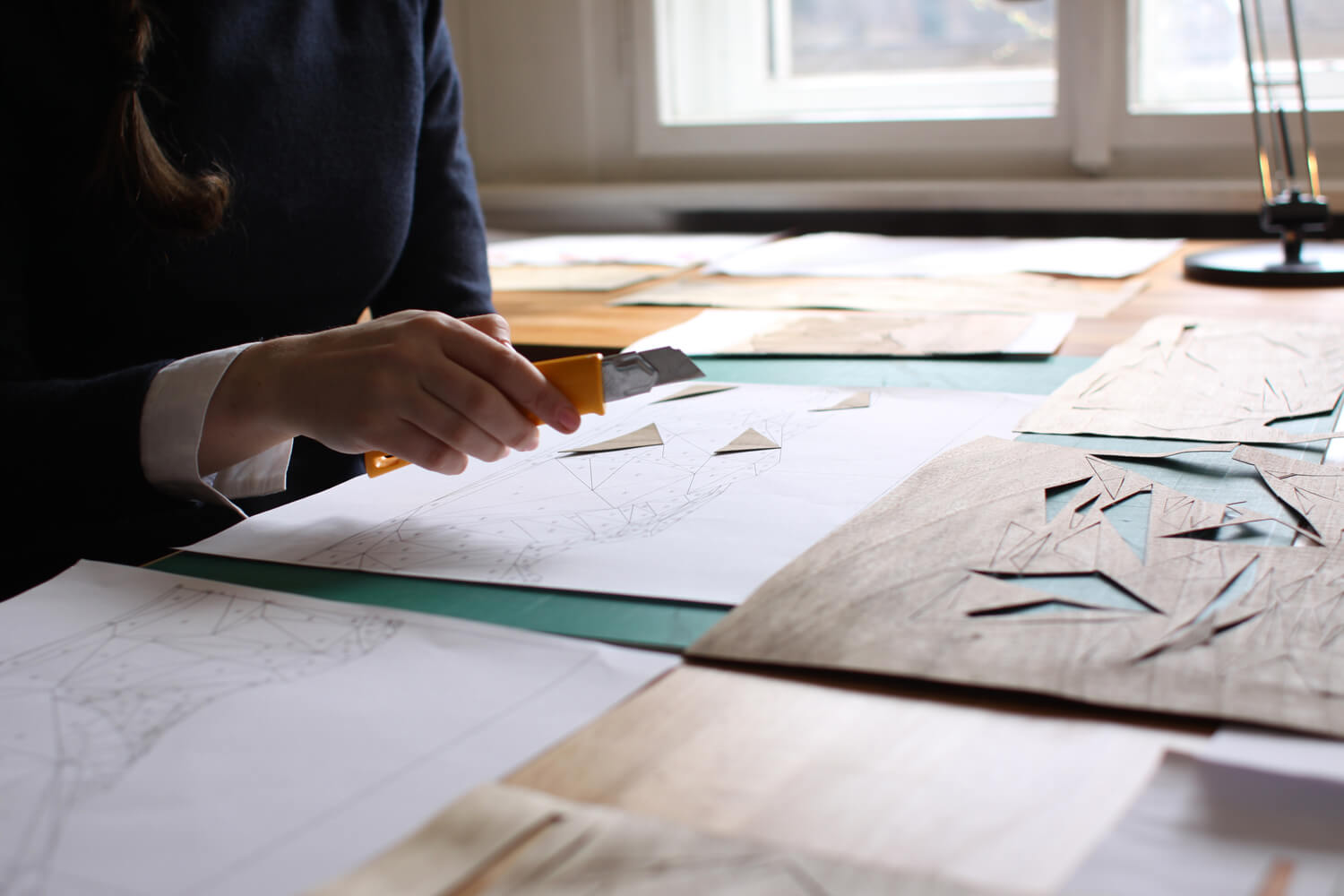 One of our joint projects is the Landscape Serving Boards. These are solid wooden boards, inlaid with veneer that depict the landscape in a geometric “computer” form. We have produced and sold several pieces, but unfortunately this project is still waiting to on sale as the Lilia collection. This is because the production is extremely time and technology consuming and once priced, the price per piece gets in the thousands of crowns. Customers wouldn’t even want to use such boards, they would rather hang them on the wall. We transferred the idea of the boards into the Hill dining table, which has a tabletop inlaid with walnut veneer. 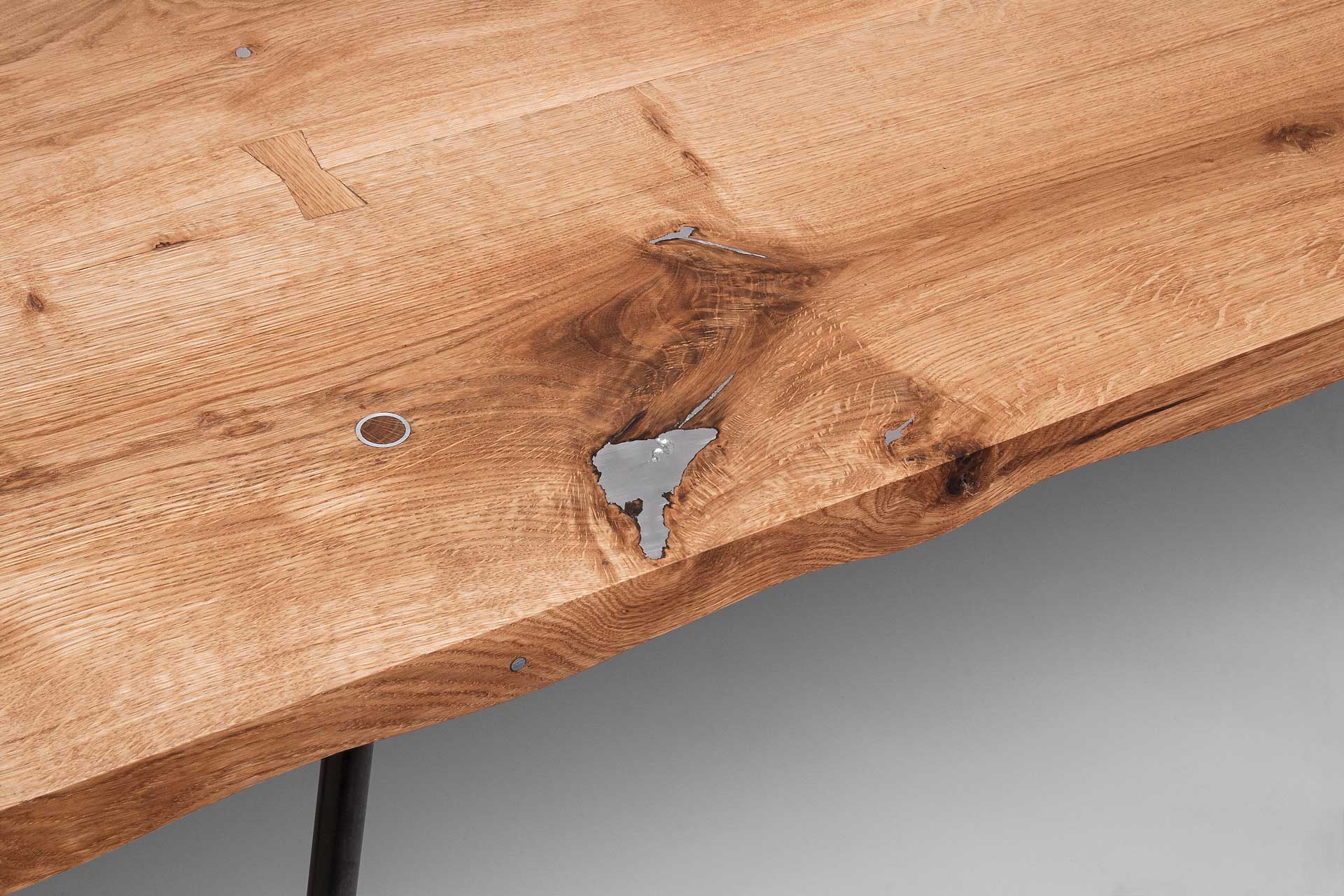 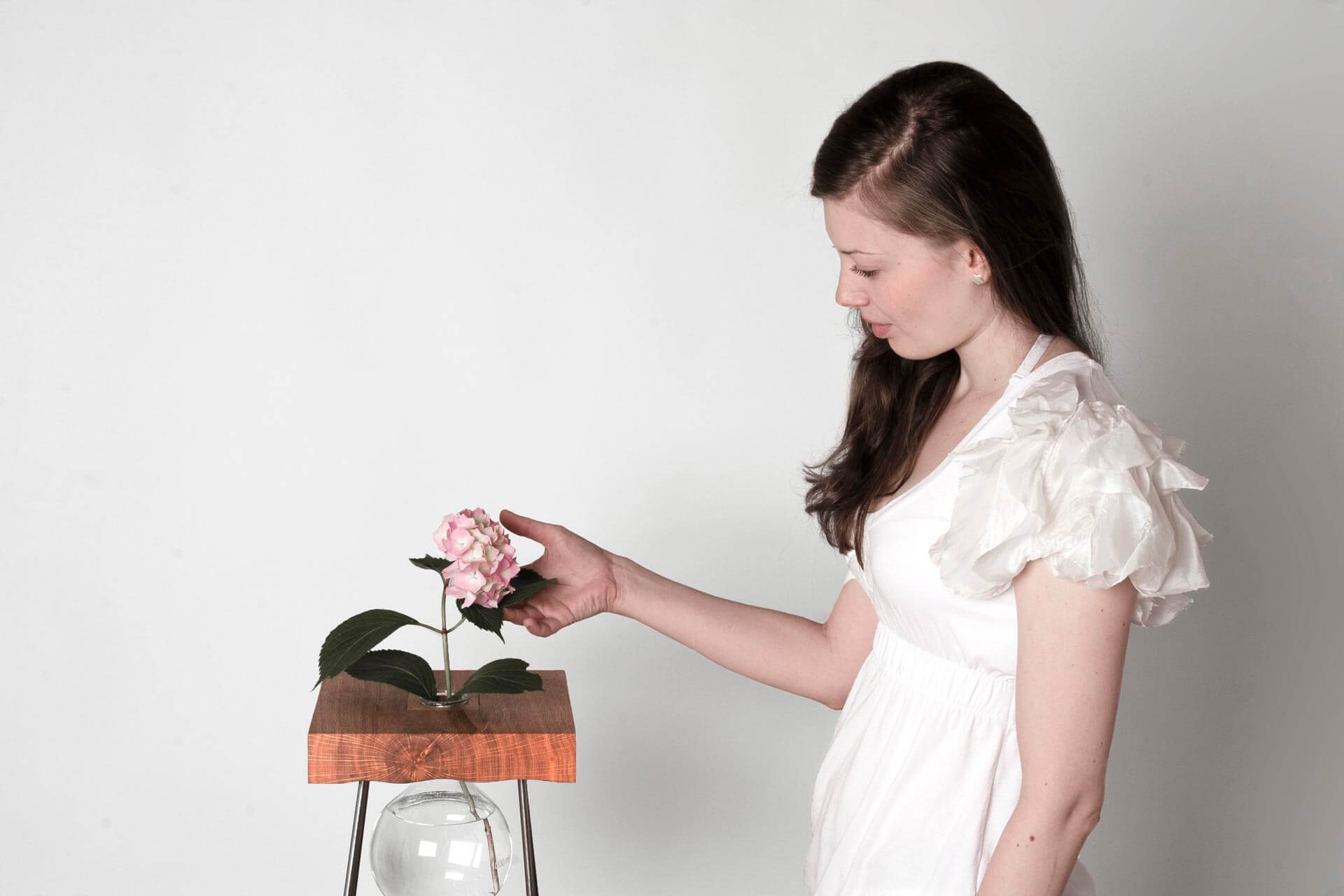 Adam’s passion in wood was already evident in high school, so he decided to study furniture construction. He and his brother Samuel designed and produced a range of innovative solid wooden tables, using traditional Japanese joints and recreating the technique of tin casting.  Table for a Flower and Table Waves have become a hit on social media, combining seemingly simple design with sophisticated details. They have managed to blend modern technology such as four-axis CNC, laser, 3d modelling with traditional craftsmanship. 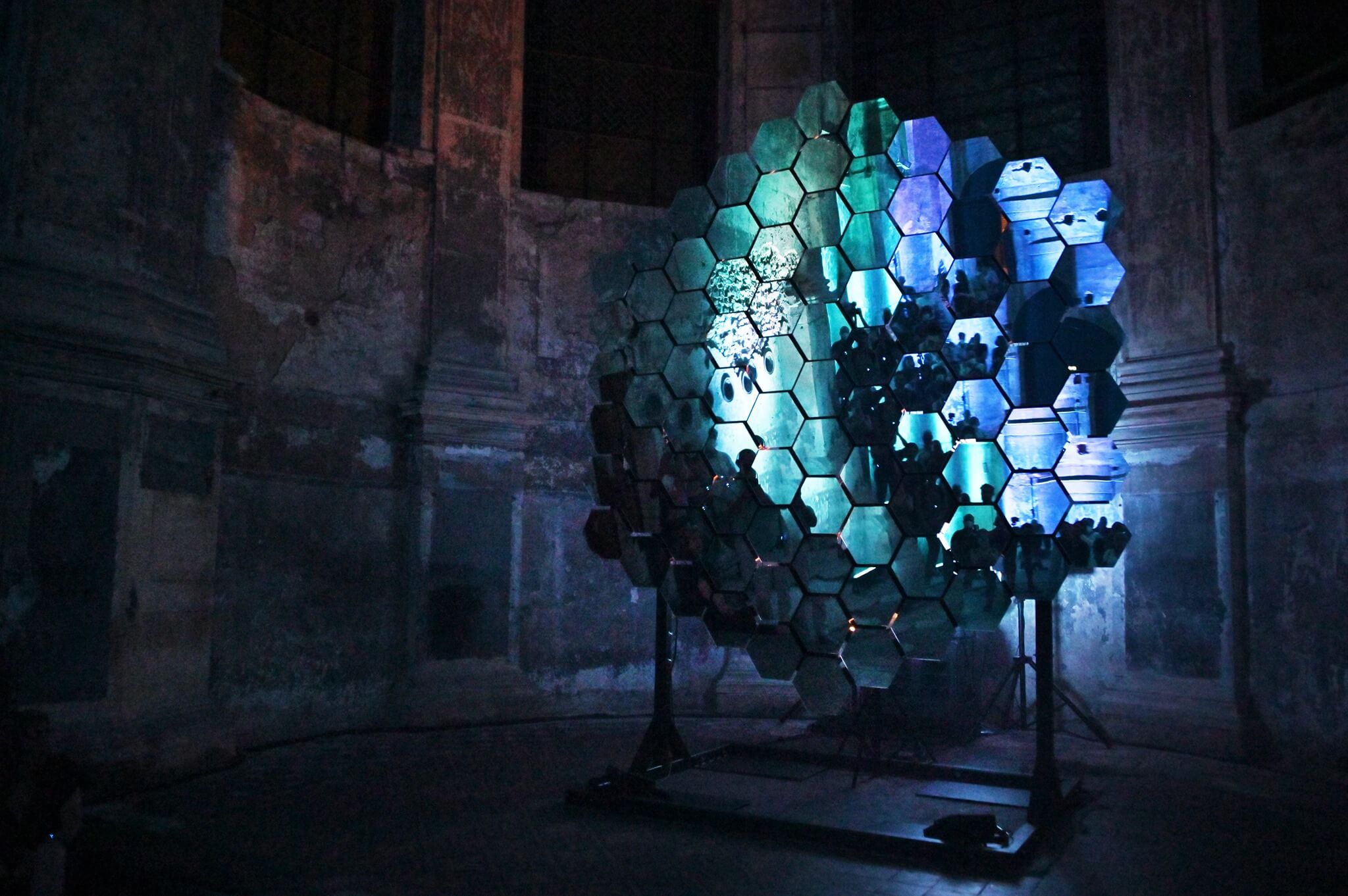 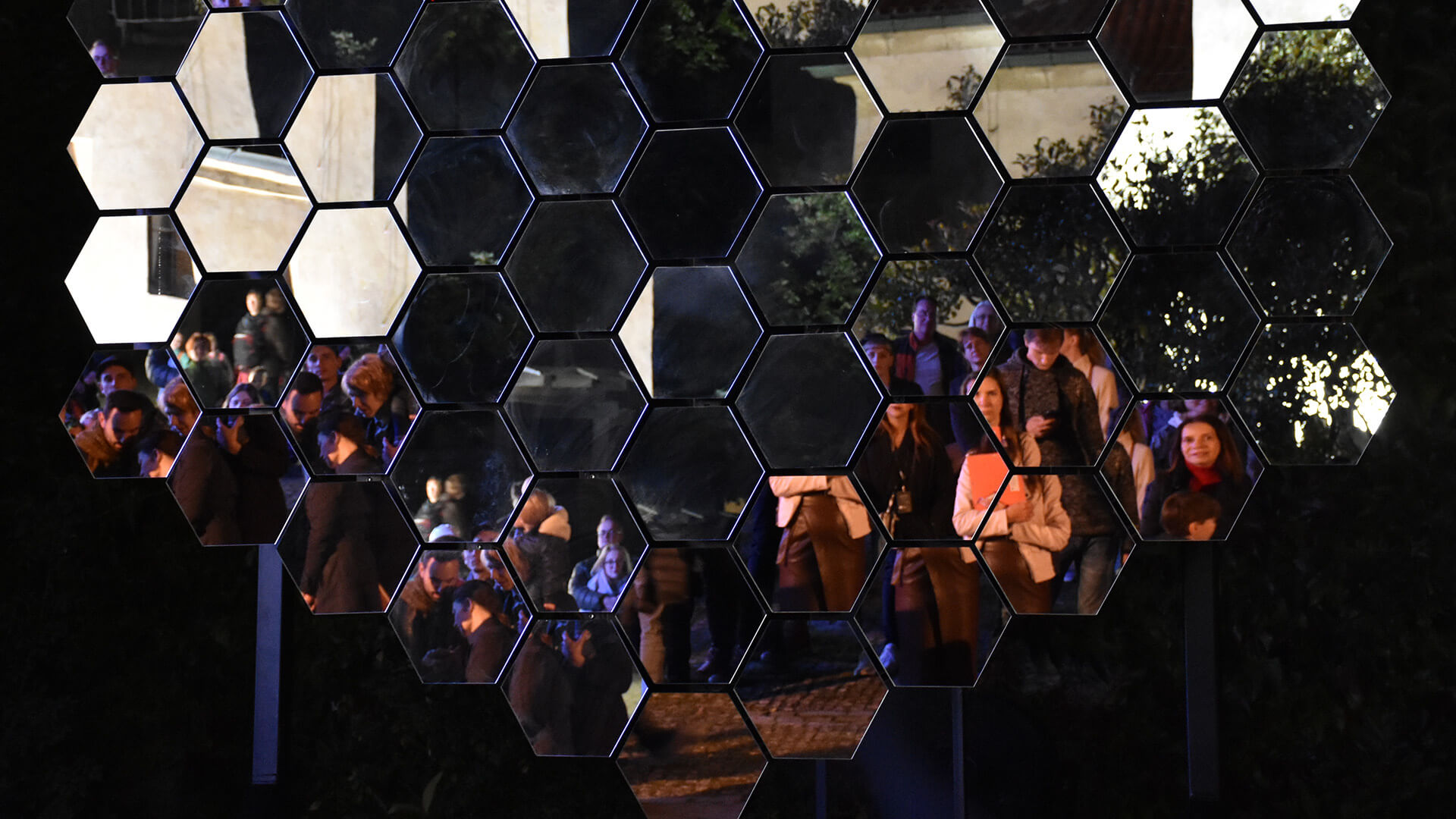 In addition to carpentry, Adam isa parametric designer. With his friend Petr Vacek, who previously helped us with an installation at Designblok or the Field of Movement project, Adam participated in the 2019 Signalfest light festival installation competition. They won easily with his project Reflection. This installation was such a success that the following year it was at a similar festival in France. In 2021, under the new name Fluidum and with improved technology, it was presented in the Czech pavilion at the Expo in Dubai. The list of projects is far from ending here, but rather an outline of the areas that interest us.

Currently Adam works in his own architectural studio Chrama.

If you are interested in our work or would like to collaborate, please feel free to reach out and we would be happy to set up an appointment with you.